Two Treasures from Boskone (or just after)

Two Treasures from Boskone (or just after)

One of the joys of being in a community like the SF community is the opportunity to receive special, indeed unique, gifts from fellow members of said community. Recently at the Boston convention Boskone I attended a Kaffeklatsch hosted by Michael Swanwick. Michael's conversation was reward enough, but he also gave each of us a lovely tiny book created by his wife, Marianne Porter. This book, written and made for Valentine's Day, is called Fantasia Romantica. It includes several short-shorts on the subject of romance written by Michael, and it is itself a lovely physical object. At Boskone I also met, for the first time in person, Gregory Feeley (long an online friend.) We shared a couple of panels, and had a couple of nice conversations (and food and drink.) Shortly after the convention was over, Greg sent me a chapbook, another lovely object, privately printed, called Th'Erratic Stars: an excerpt from a novel he's worked on for years, called Hamlet the Magician. 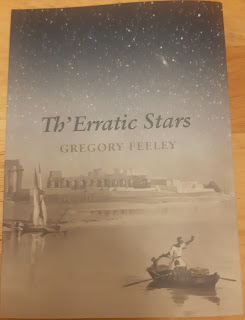 Th'Erratic Stars is a truly beautiful story about a European prince, now enslaved, first on a galley in the Mediterranean, then in Cairo, and by the end heading to Aleppo. The title of the novel means it comes as no surprise when we learn that this prince is from Denmark, where his uncle is King and his mother Queen. (This excerpt's title comes from Chaucer, however -- from a Chaucer work on a subject Shakespeare also wrote of.) It's an alternate Denmark, to be sure, from that of Shakespeare's play -- for one thing, Hamlet has left behind a wife (presumably Ophelia), and he has been exiled and, now, enslaved. The first section, "The Caitiff", begins, as I said, at sea, on a galley. The Prince is of course an oarsmen, subject to the ill use and illness often experienced by those, and his surviving one serious bout gives him a reputation as a witch -- only exacerbated when the ship encounters a storm and the Prince survives ... well, of course, he is a witch. They proceed to Egypt, where he is sold. Fearing castration, he instead lands at the house of a man with a library, and begins to help the librarian catalog that collection. The second section, "The Scholar", involves his work at this man's library, and especially his time with the librarian's daughter, who is also a scholar. The Prince is all along gaining knowledge -- of Arabic, for one, and learning to understand the Islamic attitude about magia, and, slowly, becoming entranced by Zaynab, the librarian's daughter. But this of course cannot be -- for one thing, he is a Christian, for another, she is not in control of her fate, nor is she of all that high status. And by the third section, "The Magus", everything is altered -- Zaynab's father's master is dead, she herself has undergone wrenching personal changes -- and the Prince is once again sold, and sent to Aleppo -- which at least is closer to Persia, where he might hope to learn more about true magic.

This is most definitely a novel excerpt, and not in itself a complete story. But it intrigues throughout. Hamlet is a compelling character, and there is a mystery in his past -- to say nothing of the questions about his future -- that urges discovery. The Zaynab section is one of the most well done sublimated romances I have read. The prose throughout is -- I shy from this cliche but it is true -- exquisite: balanced, intelligent, beautiful when it needs it, free itself of cliche. The historical milieu is convincing and fascinating. It is an great introduction to a novel I desperately hope to read. 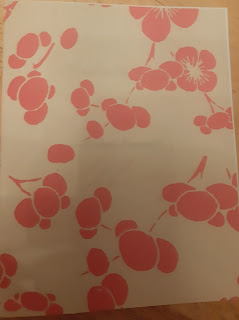 Michael Swanwick's Fantasia Romantica is sort of the opposite, in comprising several quite complete, but very short, stories. The stories are all about love (and sex), and are all titled for women. Most of the women are fictional characters: Titania (from "A Midsummer Night's Dream"), Prunella Chanticleer (from Lud-in-the-Mist), Campaspe (a probably apocryphal mistress of Alexander the Great), Rosie (from The Lord of the Rings), Susan (from the Chronicles of Narnia), and ... Caitlin (who becomes involved with Archimago (from The Faerie Queene)). Each story is clever, arch, sweet if need be, slightly cynical if need be, sexy -- and fun. They are short-shorts, and I don't want to describe them further, but they are very enjoyable. And the slim book itself is a lovely object, with the nice cover depicted here, and excellent paper ... something I'm thrilled to have.