Today is Melissa Caitlin Whitman (nee Horton)'s 30th birthday! Yay! I wasn't able to write something about James Tiptree, Jr., or Orson Scott Card, or Jorge Luis Borges, or A. S. Byatt ... but here's something about this book Melissa published in 2001, when she was in the fifth grade.

The Jungle, by Melissa Horton (Whitman) (illustrations by the author) 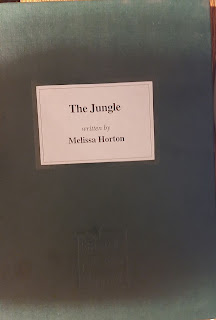 Thankfully, The Jungle is not about the meat-packing industry in Chicago at roughly the turn of the 20th Century. Instead, it's about a girl named Cara. We meet her as she wakes in a strange place, dressed in her nightgown. Soon she encounters a girl about her own age, Marta -- and she learns that they are both trapped in a book, The Jungle -- and Marta has been there, unaging, for 50 years.

Marta shows Cara how she has survived -- she has built a house from the materials found in the jungle, and learned which foods are edible, and how to hunt and cook the animals. So things go for a while until Cara meets a lion, and is surprised to find that he talks. And the lion tells them that there is a plot by the other talking animals to find the secret way out of the book and terrorize the humans in the real world. The only hope is for Marta, Cara, and their lion friend to find the porthole first -- and figure out how to close off the book from the real world ... 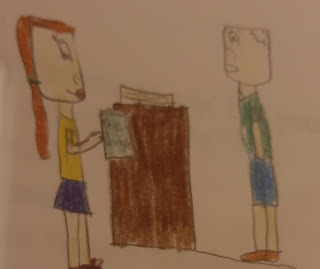 This is an imaginative book, with a neat central concept, reminiscent of Jasper Fforde's Thursday Next books. Given the limited word count the author was dealing with, the resolution is a bit rapid, but it's a nicely conceived piece. Quite impressive for someone not yet 12 years old!
Also, here's Melissa's dog Sammy: 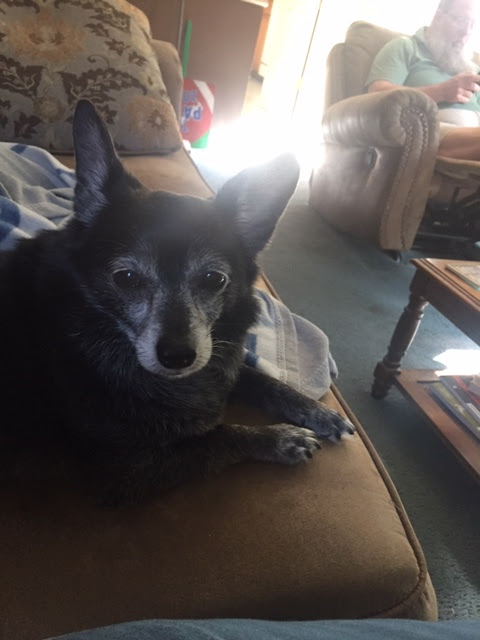 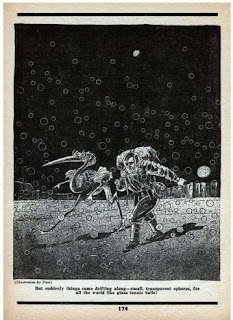 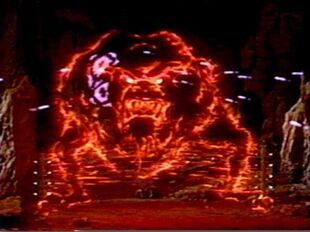 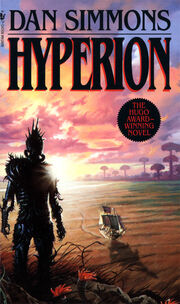 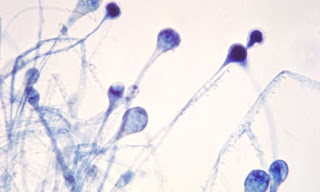 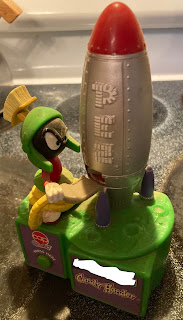