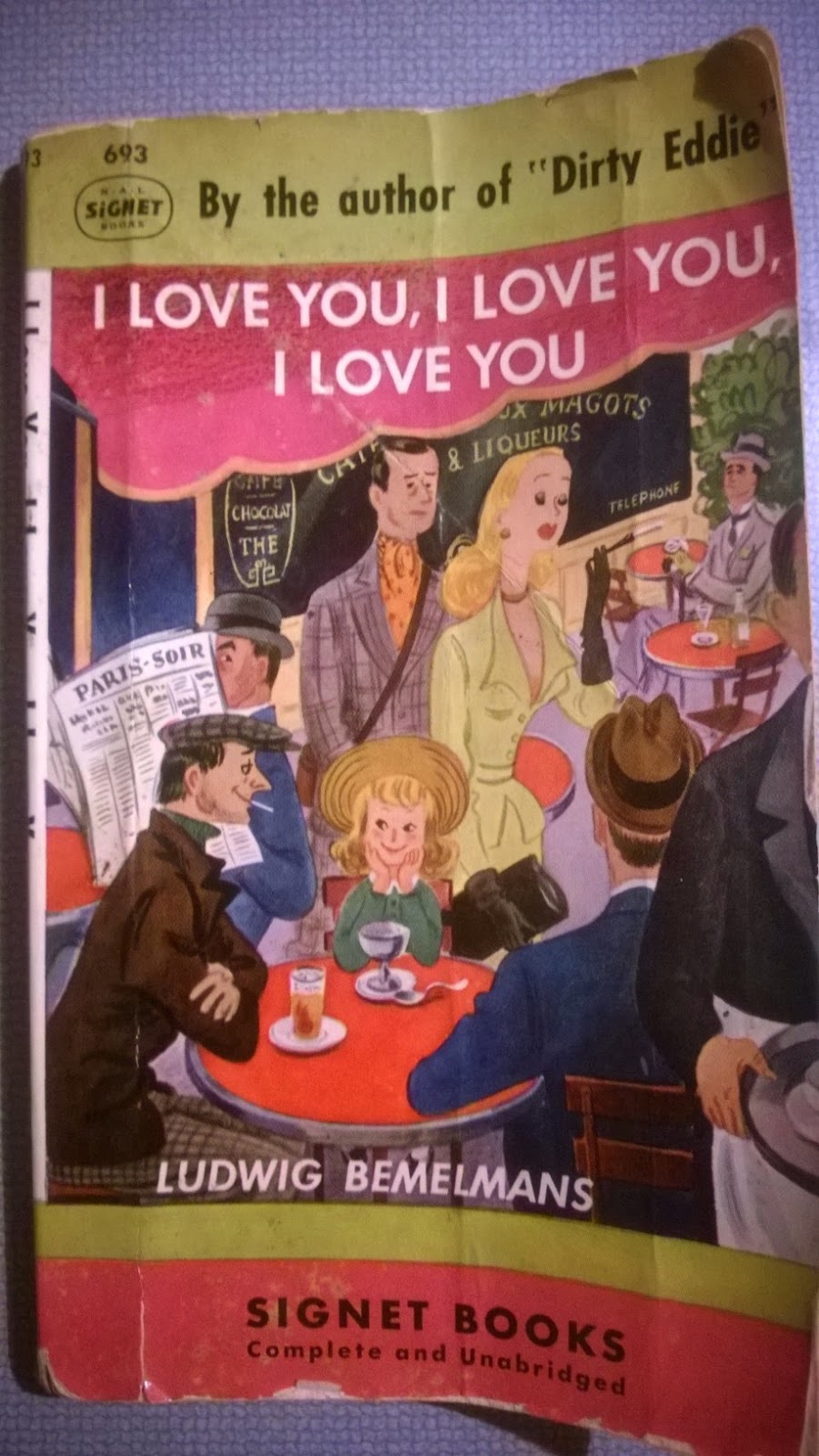 I dare say most of you have heard of, and indeed have read, at least one and possibly several books by Ludwig Bemelmans. He was the author of a delightful series of children's books about a little girl named Madeline, who went to a boarding school in Paris. The opening lines are widely remembered: "In an old house in Paris all covered with vines/lived twelve little girls in two straight lines/and the smallest one was Madeline." My mother read those books to me when I was young, and I read them to my children when they were young. Indeed, I read them to my daughter probably dozens of times.

By now I think that is all Bemelmans is remembered for. But in his prime he was an active writer of mostly humorous short stories, published in places like Harper's and the New Yorker. He wrote movie scripts as well, and a well-received memoir of his experiences as a not fully trusted volunteer in the U. S. Army during World War I (My War with the United States).

Bemelmans was born in the Tyrol, in what was then Austria-Hungary (it is now Italy), to a Belgian father and a German mother, in 1898. After his father ran off with Ludwig's governess, his mother returned to Germany, which Ludwig disliked. He eventually took an apprentice position at a hotel, but after shooting (though not killing) a waiter, he chose to be deported to the US in lieu of reform school. He worked in hotels and restaurants in the US, spent time in the Army, as noted above, and tried to make it as an artist, among other things briefly writing a comic strip. His friendship with a children's book editor at Viking, May Massee, seems to have been his big break.

Bemelmans, as noted, worked in hotels and restaurants for much of his life. He also owned a restaurant (later a cabaret); and he travelled very widely. So it is no surprise that the bulk of the stories here concern travel, such as the opener, "Souvenir", which has almost no plot as it tells of a trip to France (and back) on the Normandie, one way in a luxury suite, then in third class on the way back. The narrator usually seems to be Bemelmans himself, and very often his daughter Barbara is an important character. For example, "I Love You, I Love You, I Love You" opens suggestively, with a girl slipping into bed with the narrator ... but soon we realize it's his very young daughter. In the end it's about her wheedling ways, and her friendship with a small-time thief named Georges. "Camp Nomopo" is about Barbara again, this time her unhappiness at summer camp. Georges appears again in the following story, "Star of Hope", complaining that the French aren't allowing him to make a dishonest living, and wishing he could be in America, where things are much better. Georges, possibly the same character, shows up again in the next story, helping an art dealer smuggle a painting out of the hands of the Nazis. That is one of a couple of stories that balance the generally light-hearted tone of the collection with mention of the war -- the stories remain humorous but not inappropriately.

"Watch the Birdie" concerns a photographer of nudes and his unsuccessful attempts to practice his art on a beautiful American model, after which he ends up in the US and is chagrined when his agent offhandedly reveals his fortuitous success with the same young woman. "Chagrin D'Amour" feels just a bit dated ... it's set at a Haitian hotel, and turns on a supposed twist, when it is revealed that the local policeman who is in love with a pretty lady's maid is black. "Head-Hunters of the Quito Hills" is another amusing travel story, in which the narrator visits Ecuador, only to be repeatedly importuned by offers to sell him shrunken heads ... he finally learns the secret of their manufacture.

The stories as a whole are a rather slight lot, and very much of their time. But they are an easy, pleasant, read. They are humorous, but not uproariously funny. I wouldn't go out of my way to find more "adult" Bemelmans, but I'm glad to have run across this little book.
Posted by Rich Horton at 7:58 PM