Old Bestsellers: A Fool There Was, by Porter Emerson Browne 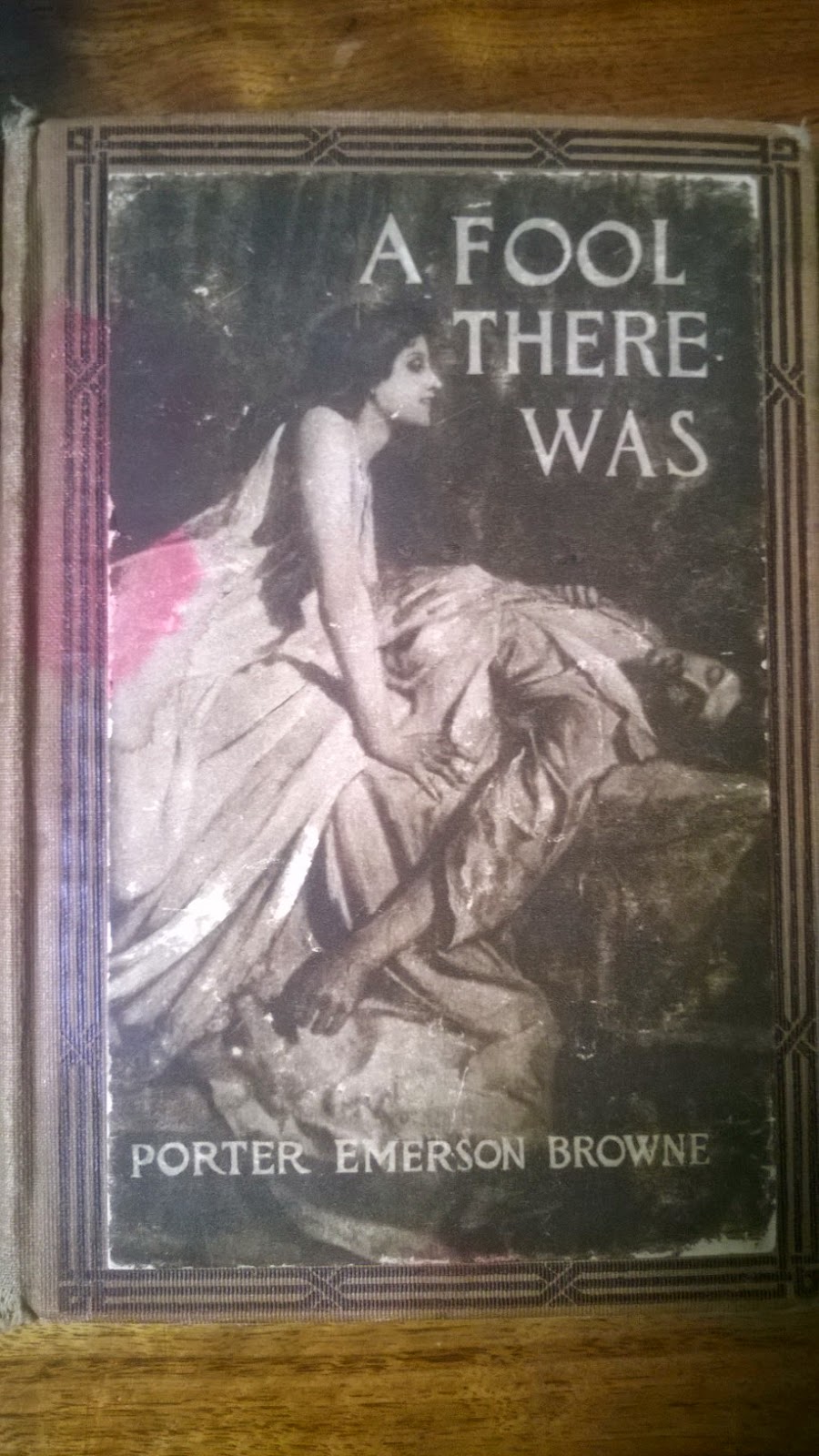 A Fool There Was, by Porter Emerson Browne

Last week I wrote about The Sheik, by E. M. Hull, one of the worst books in many ways among those I have reviewed on this blog. But The Sheik's badness was in large part its objectionable treatment of women and Arabs, especially of course the rape plot. Not to say that it's all that well-written a book either, but you can see if you squint why it was so popular. A Fool There Was is bad in a different way: it's just poorly constructed, and poorly written.

I can find only minimal details of Porter Emerson Browne's career in searching the internet. He was born in 1879 and died in 1934. He was a journalist and a playwright. Supposedly he was for a time secretary to Pancho Villa, and also a speechwriter for Theodore Roosevelt. He wrote many plays, of which the most famous are probably A Fool There Was (which was filmed twice) and The Bad Man (filmed three times).

A Fool There Was was written for Broadway, apparently, and ran early in 1909. The copy I have is in novel form, and frankly doesn't seem very much like a play. I assume Browne adapted it for book publication. It was originally published in 1909 by H. K. Fly (this was, actually, most likely the play version), and my copy is a Grosset and Dunlap reprint (possibly the first novelized edition). It is illustrated, curiously, by two different people: there are a few lightly colored plates by Edmund Magrath, and quite a number of pen and ink illustrations W. W. Fawcett. (I preferred the Fawcett illustrations.) The book is dedicated to Robert Hilliard, who was the star of the Broadway production. It is quite short, about 42,000 words, divided into many often very short chapters. 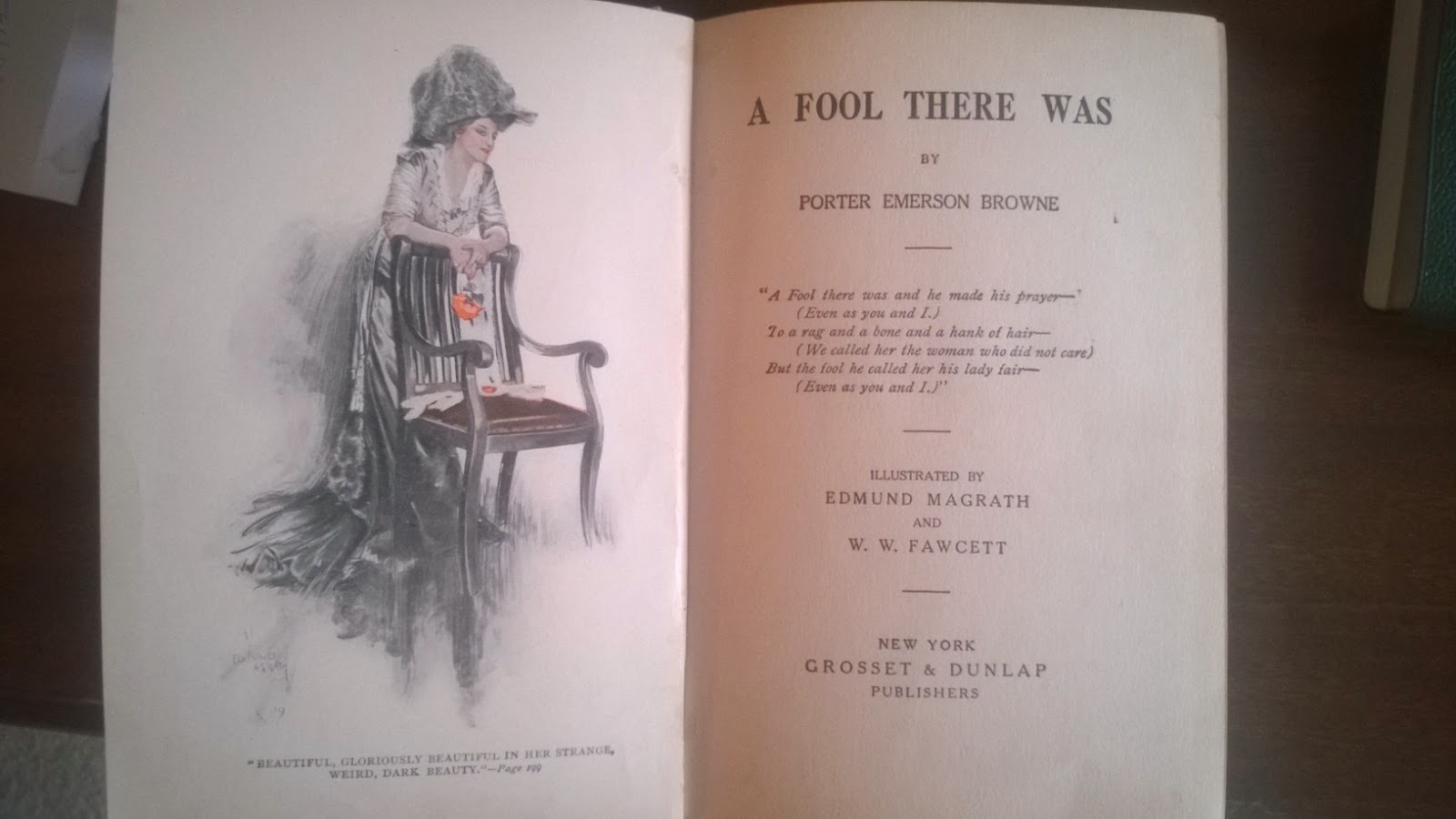 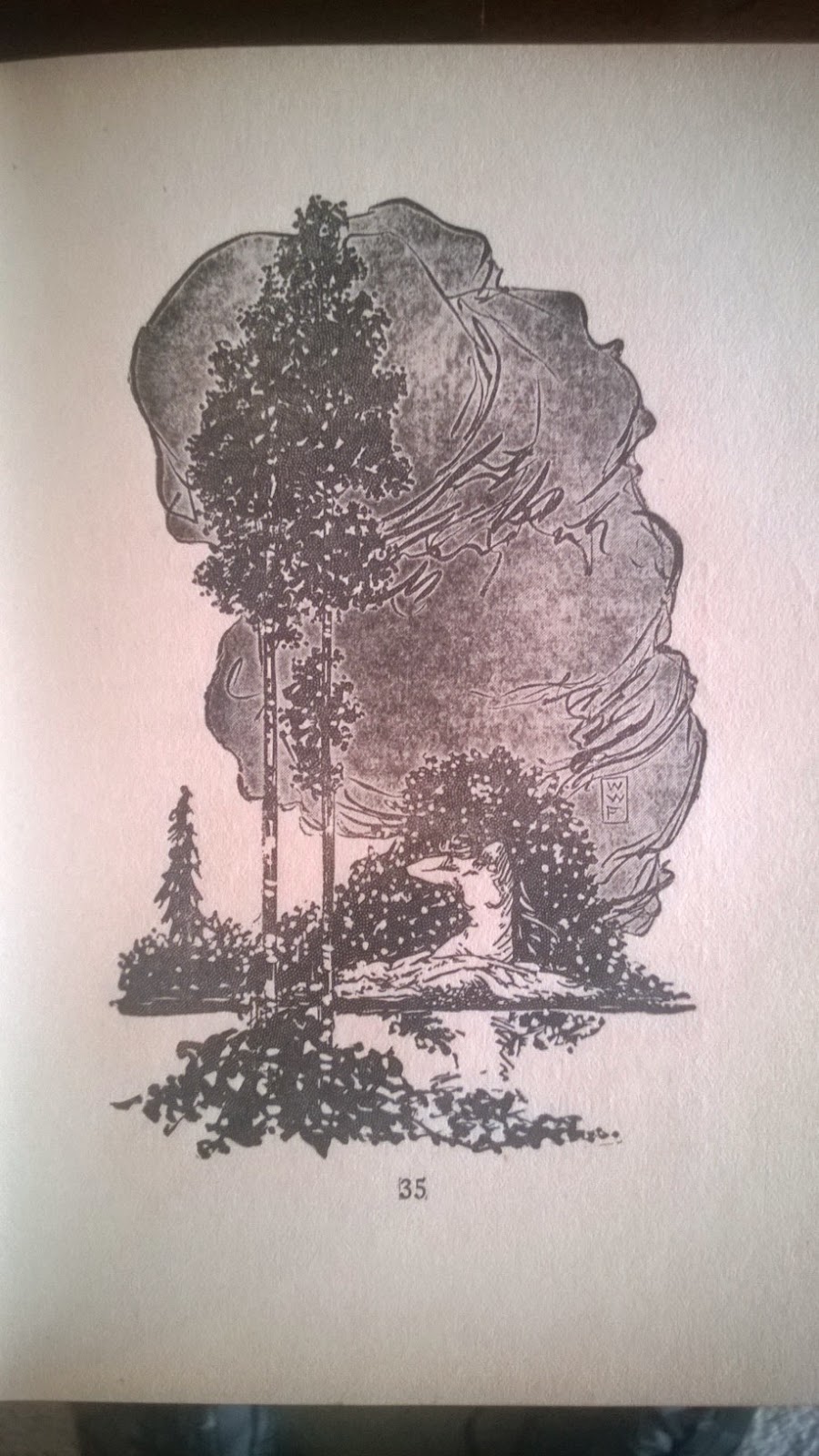 The story is nominally based on an 1897 poem by Rudyard Kipling called "The Vampire". The play and book's title is the first four words of the poem, and the first stanza is given as an epigraph. (Apparently, when the 1915 movie version was presented, the entire poem was recited (live) several times during the showing.) The poem is about a man who gives up his "goods", and his "honour and faith", to a woman who didn't much care and eventually "threw him aside".

The novel tells of two men who grew up together in New York City, both falling for the same neighbor girl. John Schuyler eventually wins the girl, and they have a daughter, and all are happy. The other man, Thomas Blake, never marries, and continues as a good friend to the Schuyler family. Both men become quite successful.

There are a series of curious interludes, never adequately explained, set in Brittany, detailing the squalid birth of an illegitimate child, and later the now beautiful young woman encountering her father and killing him, and later an odd scene where a young man comes on a naked woman in a forest, and turns away. I can only assume these are scenes of the early life of the femme fatale character who turns up later (this is the character played by Theda Bara in the movie), but the novel never deigns to really connect things.

Eventually John Schuyler is appointed to a diplomatic post in England. He has to go alone, though Blake sees him off, and hears the story of the suicide of "Young Parmalee", who had been making a fool of himself over a wanton woman. Blake sees the woman briefly on the ship ... and also sees Schuyler see the woman ... Well, you see what happens. Schuyler is drawn helplessly (as if!) into the woman's arms, and begins an affair, which continues throughout his (apparently botched) mission, and even on his return to the US. Eventually he leaves his wife, loses his job, and falls into drunkenness. Blake makes a last attempt to save him from degradation, but the woman, contemptuously, insists Schuyler kiss her one more time before he leaves ... and all is lost.

So, a morality tale. The problem is the construction, and the oddly flippant prose. And the failure to really suggest much of anything believable in any of the relationships: certainly not Schuyler's with his wife, but also not his attraction to the "vampire" character. The only character who came close to convincing me was Schuyler's young daughter. As I noted, the prose is a bit odd -- flippant somehow, given to silly epigrams, and often just trailing off in a sort of dying fall. There isn't a lot of dialogue, which seems strange in a book apparently adapted from a play. Perhaps the play was better! And it is intriguing to have -- purely by accident! -- run across the source material for Theda Bara's first big film (even odder to have done so just after reading the source material for a crucial early Valentino film).