Old Bestsellers: Through Space to Mars, by Roy Rockwood 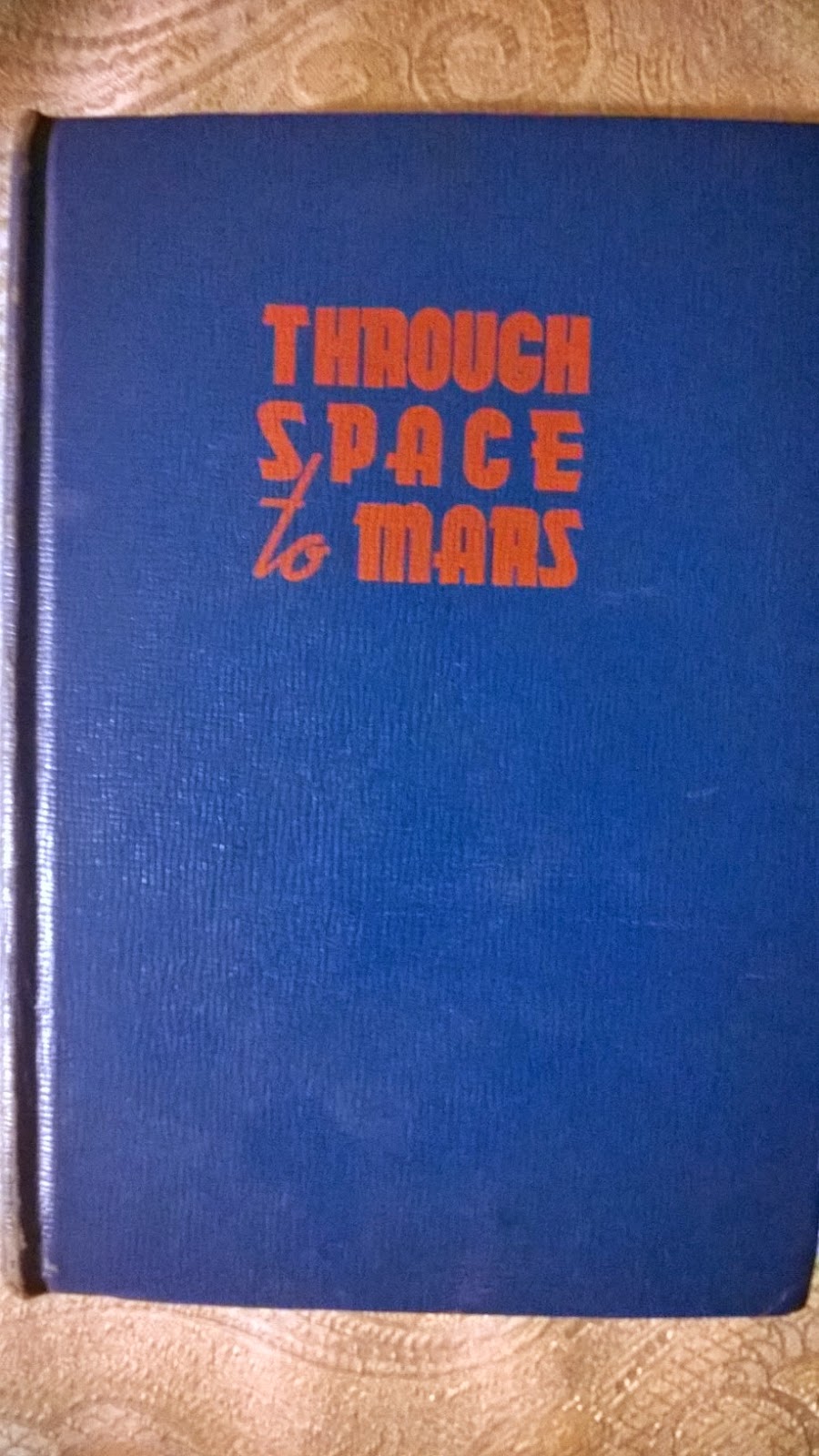 Through Space to Mars, by Roy Rockwood

I found this book at a flea market some years ago ... in 2005, actually. I didn't know anything about it -- it looked like a pretty early children's novel about travel to Mars, so I picked it up on a whim, and I read it, and it was, in my judgement, pretty bad.

I'll get to my review later, as I wrote it in 2005, but I'll say right now that I think I was a little bit harsh. I didn't take into account sufficiently the time of writing, and the type of book it was. Relative to its category, perhaps this book isn't quite as bad as I said. Put another way -- perhaps I came to it expecting too much.

"Roy Rockwood" was a pseudonym, a house name, used by the Stratemeyer Syndicate. The syndicate was founded by Edward Stratemeyer to package childrens' books for publishers. Stratemeyer originally wrote many of the books himself but sooned turned primarily to other writers, who often worked from outlines by Stratemeyer. The book series were extremely successful -- none of these would have been on bestseller lists, in some part because childrens' books weren't considered for such lists, but as a whole the books sold very well indeed. Stratemeyer's most famous series were the Nancy Drew books, the Hardy Boys books, the Bobbsey Twins books, and the Tom Swift books.

The series attributed to "Roy Rockwood" included the Deep Sea adventures, the Dave Fearless books, Bomba the Jungle Boy, and the Great Marvel books. Through Space to Mars is from the latter series, which comprised 9 books, appearing between 1906 and 1935. Through Space to Mars was #4, and it came out in 1910. At least the first 5 books of the Great Marvel series were written by Howard R. Garis, one of the best known Stratemeyer writers. Garis wrote the great bulk of the first Tom Swift books as well. He also, under his own name, wrote some 15,000 (!) Uncle Wiggily stories for the Newark Evening News (and for syndication) -- many of these were collected in 79 books. His wife Leslie was also a writer for the Stratemeyer Syndicate (and for the Newark Evening News) -- she is credited with many of the Bobbsey Twins books, among others.

The Great Marvel books were originally published by Cupples and Leon, but my copy is a reprint from Whitman. No dust jacket, only about "good" condition.

The Science Fiction Encyclopedia has entries for Garis and Rockwood. The latter, credited to John Clute and Everett F. Bleiler, two writers I respect greatly, praises the early books in the Great Marvel series highly (relative, it should be said, to other books of their type, such as the Tom Swift books) -- and others such as Jessica Amanda Salmonson have written about the joys of collecting the books (admittedly, not necessarily the same thing as enjoying reading the books). This gives me pause, I admit, when placed next to the harsh judgement I offer below. Perhaps I simply was not reading the book with the right mindset. And, I should note, I have read almost none of the Stratemeyer Syndicate books -- a couple of my sister's Nancy Drew books back in the day, and maybe one or two Tom Swift books. That said, I'm reproducing what I wrote back in 2005.

Is Through Space to Mars any good? Hmmmmm, that would be a NO. Or, rather, NO NO NO NO NO!!!! One of the worst books I have ever read, more like. Luckily it's only about 45,000 words. But not only is the science silly -- and mind you I'm not measuring it by very high standards -- but the plot is stupid and poorly structured as well.

The story involves two friends, orphans raised by a Professor Henderson, now students at college (after several adventures with the Professor -- a trip to the center of the Earth, for example). They are summoned back to the Professor's house -- it seems a German named Roumann wants his help in making a spaceship to go to Mars. Why? Apparently he has decided that the substance that makes Mars red is fabulously valuable and he wants to steal some.

The boys help the Prof and Mr. Roumann make the ship. One measure of the stupidness of the plot is that this takes almost half the book -- with no action except occasional mysterious vandals trying to sabotage the spaceship. Do we ever really learn their motives? No.

Finally they head off to Mars, and we are subjected to excruciating scientific stupidities. There are really too many to mention. Just a couple -- the "etherium motor" shuts off in the middle of space and they start "falling". I.e. not heading to Mars any more. They encounter a comet, which somehow attracts them. It seems comets are fiery mini-suns -- well, mini? Not exactly -- this one is described as being hundreds of thousands of miles across. There are many more even worse absurdities. Oh -- here's one -- the red stuff that makes Mars look like it does is only visible on Mars' night side -- I guess it's only red when it's glowing at night. But in reality of course we always see the day side of Mars.

I haven't even mentioned the outrageously racist (if I suppose sympathetic) depiction of the Professor's black servant, Washington White, who speaks in a mixture of a Stepan Fetchit dialect and an absurd farrago of misused long words, some of them made up.